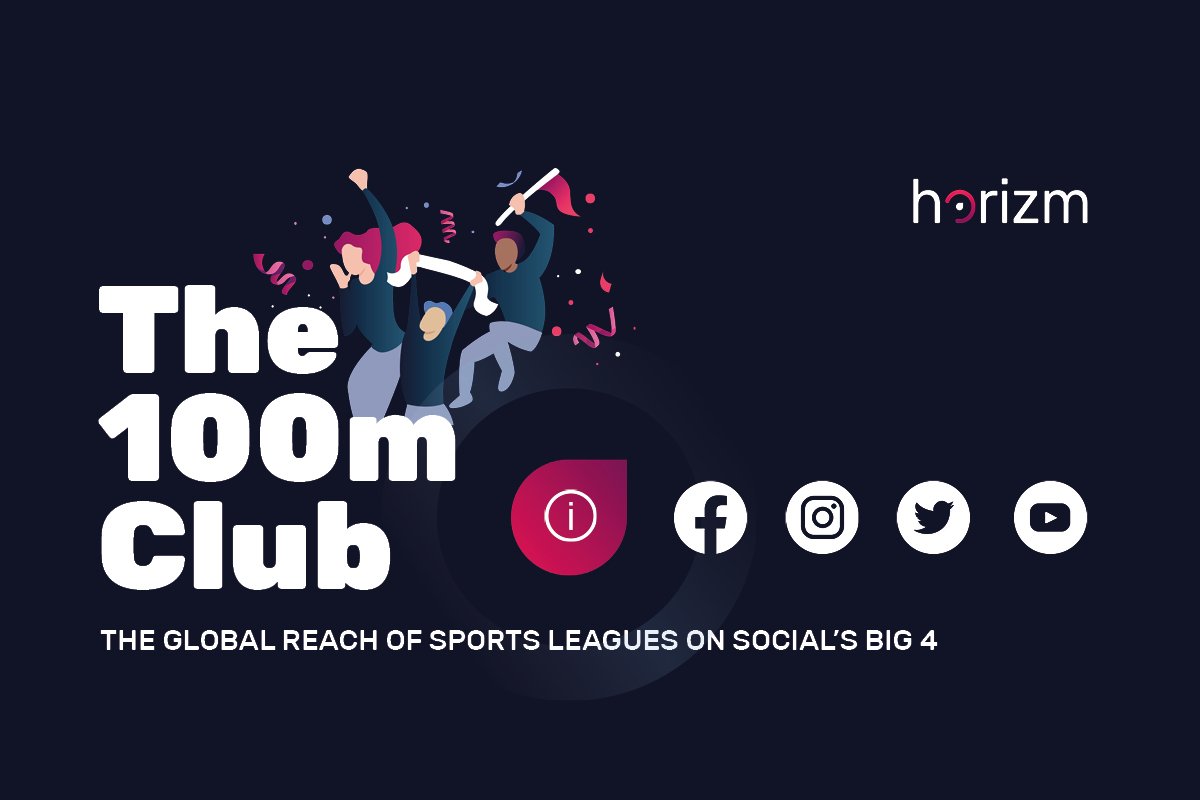 In this new report, we identify which leagues can claim to be a member of “The 100m Club”, how this social strength is distributed across the competitions and what the balance of power says in terms of their future commercial development.

The Premier League, with a combined audience of 683m, and LaLiga, with 653m, rank 1st and 2nd in The 100m Club and are way out in front compared with the rest of sport – both leagues have more than double the social audience of the NFL, the 3rd ranked league (268m).

Serie A (205m) and NBA (178m) complete the top 5. The Indian Premier League (IPL), cricket’s leading T20 competition is just behind in 6th (173m) highlighting the growth of the impressive growth of this relatively new competition and the passion for the sport – and growing social penetration – in the sub-continent.

To understand the spread of social power in each league. Horizm used the Gini-coefficient, a recognised model of statistical dispersion where a score of 1 shows perfect inequality and a score of zero perfect equality. Using this model, LaLiga with a score of 0.91 have the greatest imbalance in terms of social reach, followed by Ligue 1 (0.87) and Bundesliga (0.84).

The report’s analysis shows that collectively, Europe’s top football leagues show a much greater level of imbalance than the more centrally controlled competitions like the big US sports, Formula 1 and the IPL. This imbalance may well be one of the driving forces behind calls for a European Super League. Looking at the average audience per club for the upcoming Round of 16 for this season’s UEFA Champions’ League, compared with the average audience per club of a potential Super League, this shows a discrepancy of almost 25m in the Super League’s favour.