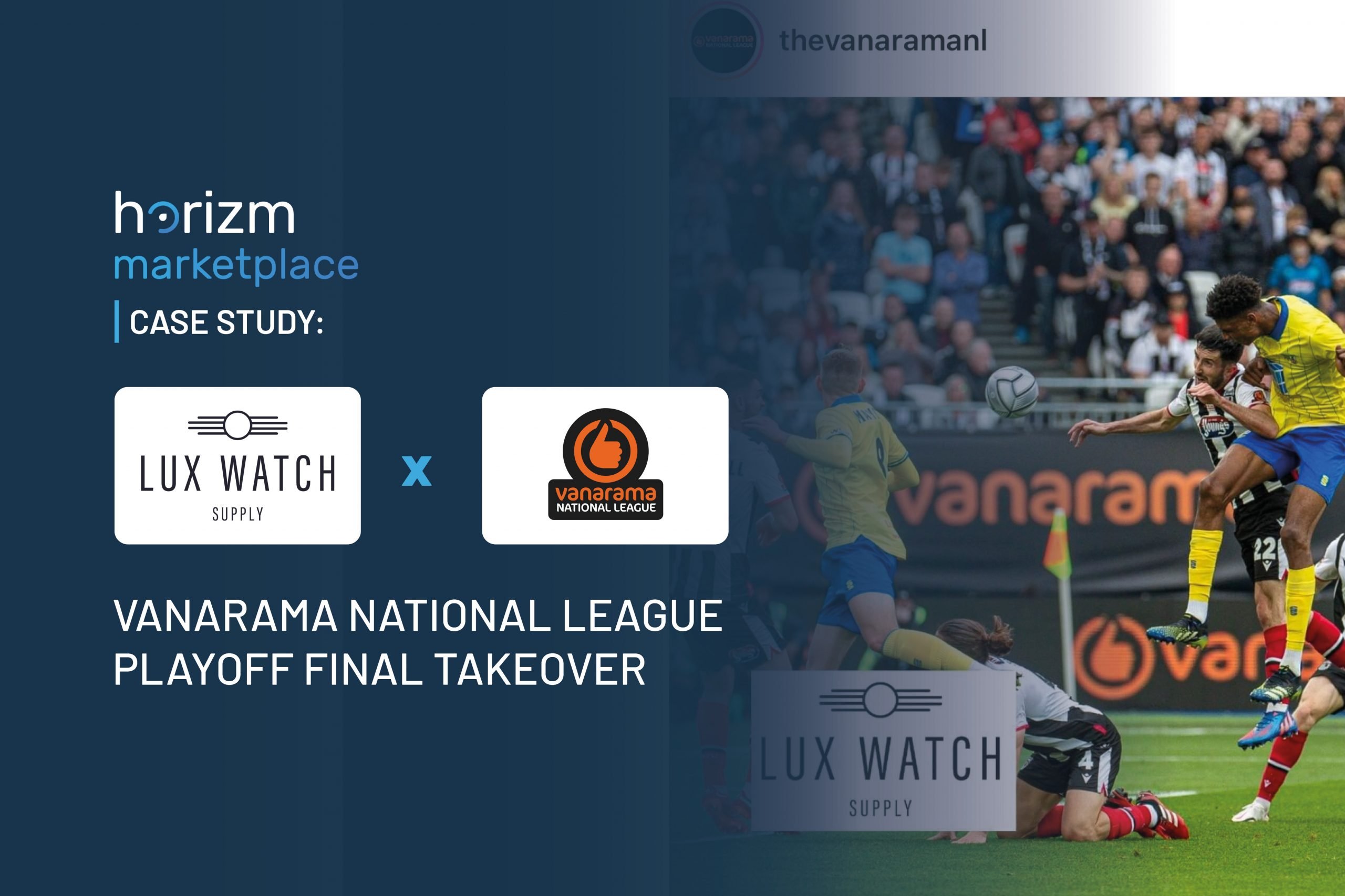 In this Horizm case study, we share what happened when LUX Watch Supply chose Horizm Marketplace as means to reach their target audience through sport, by activating digitally around the Vanarama National League Playoff Final.

LUX Watch Supply were looking to increase awareness of their offering and drive competition entries from 18-35 year old males in the UK. In their marketing approach, they prioritise social media and digital marketing due to the targeting and measurability it offers. They were interested in exploring sport as a means to reach their target audience, given the relevance and increased emotional engagement but were put off by the cost and length of commitment needed.

Horizm Marketplace offered LUX Watch Supply the opportunity to trial digital activation in sport, with a budget and campaign length of their choice. After reviewing the options available they chose to digital takeover of the Vanarama National League Playoff Final, sponsoring all posts across all National League’s social channels on the day of the final.

“We’ve never considered sports sponsorship due to the costs, complexity and lengths of agreements involved. So, we were thrilled to find Horizm Marketplace, a platform that allowed us to try sport with a more agile, targeted and campaign-based approach. It performed extremally well and it was great to have our proposition in front of so many potential customers, in such an emotional, engaging way” 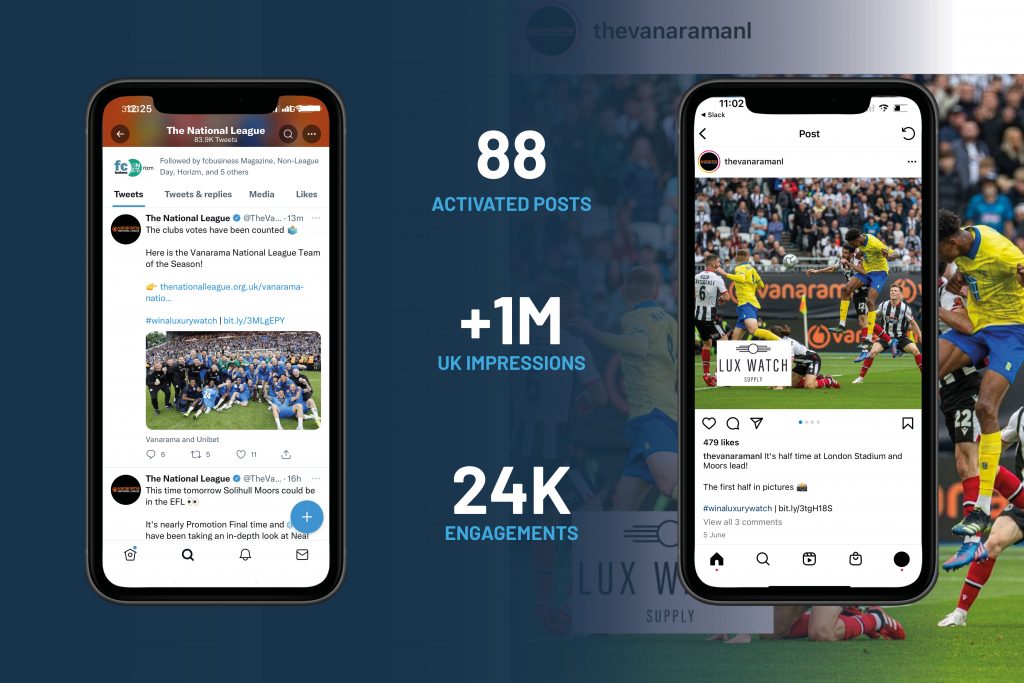 “Horizm Marketplace gave us the opportunity to engage a new type of sponsor and activate the play off final digitally,  bringing in new revenues, without disrupting our approach – this was a real bonus for the league and the commercial success of the final.”

How does Marketplace work?

Check out our video on Horizm Marketplace and how it works.

For more information on Horizm Marketplace and how you can access the platform, please email sam.grimley@horizm.com