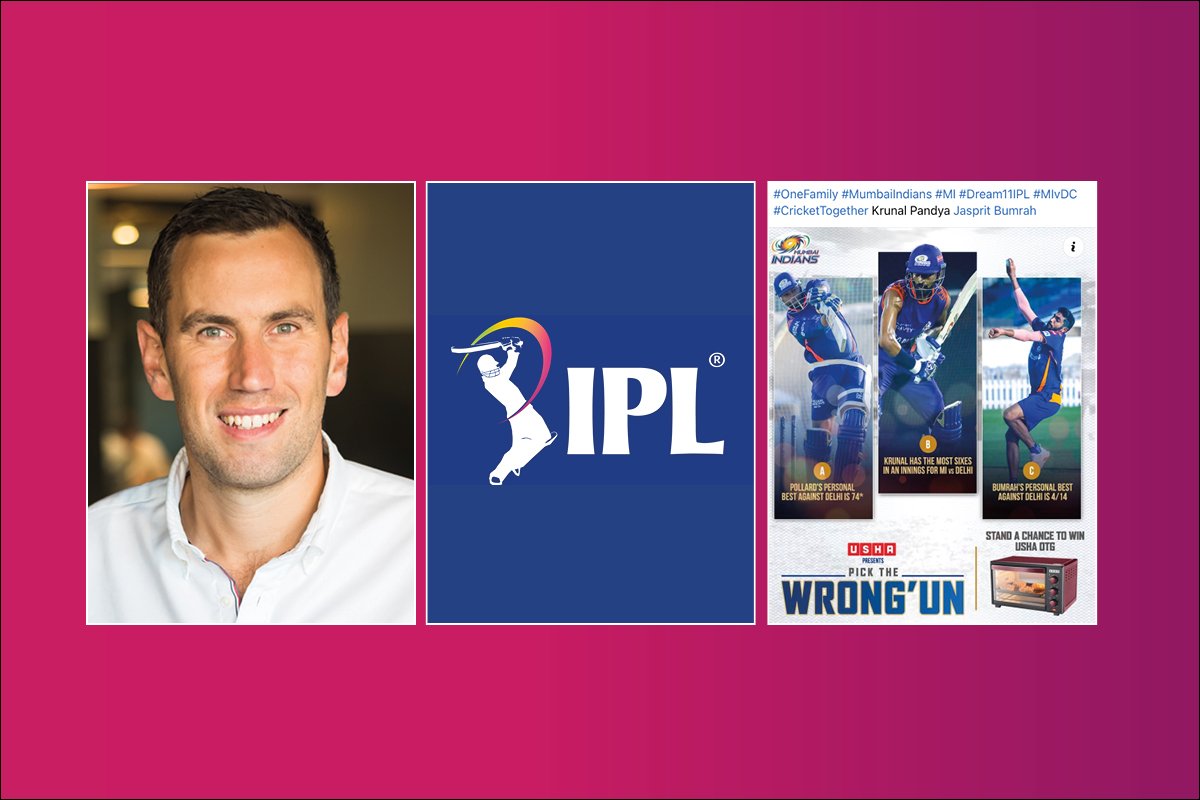 Ahead of the Indian Premier League 2021, we caught up with our resident IPL expert, Sam Grimley, to discuss the commercial restrictions and opportunities around the tournament:

So Sam, what makes you an expert on the IPL?

Expert is a bit strong, but I’ve always been a big fan of cricket in all its formats and have been lucky enough to experience the excitement of the IPL first hand when I travelled to Chennai to watch Mumbai Indians take on their fierce rivals in the Chennai Super Kings  The atmosphere and the spectacle are unlike anything I’ve experienced in sport (not to mention the traffic getting to the ground!)…I’ve also been exposed to the commercial side of the tournament through my dealings over the years with the likes of IMG Reliance (now RISE International) and…. and of course, I was immensely proud to welcome Delhi Capitals as our first IPL client last month!

With a huge passionate following on the sub-continent and a growing digital reach, IPL teams seem to be onto a winner?

Actually, it is not as easy as it seems. Yes, the tournament and teams have vast following and a very captive domestic and international audience, but there are many constraints in how teams can use footage and imagery from the tournament based on the broadcast arrangements between BCCI and Star Sports. Whereas an English Premier League team could post match highlights or best bits from a game, IPL teams just aren’t afforded that luxury.

So, the IPL’s a closed book in terms of social media monetization?

On the contrary! There are obstacles to navigate but given the huge engaged digital audiences involved, IPL franchises can offer real value for their partners through using their assets in the right way.

A great example from last season of how teams can run successful campaigns on digital, maximising their social audience value was the Mumbai Indians’ ‘Pick the Wrong Un‘ Content which was sponsored by USHA International. During the tournament fans were engaged with trivia and quiz questions with USHA providing appliances as prizes. This group of content – or content franchise – was valued at over $70,000, meaning that when combined with their sponsorship of Mumbai’s Man of the Match content, USHA International got over $130,000 value over the tournament from branded content across social channels, with over 74 million impressions on content related to their brand.

You seem to know a thing or two about cricket…

Well, I did play a bit when I was younger including playing alongside former IPL player Abhishek Jhunjhunwala (Rajasthan Royals, Pune Warriors India, Deccan Chargers & Sunrisers Hyderabad) and against the likes of Samit Patel (who has played in the PSL, Big Bash, Vitality Blast and Lanka Premier League). Now continuing my love of cricket following all forms of the game both home and abroad be that watching another of our clients Middlesex CCC at the Home of Cricket, to persuading my wife to join me on England away tours to far flung places such as Rajokt in the Gujarat region….yes, England didn’t pay spin well on that tour either!

For further IPL insght, check our report on The Globalization of T20 Cricket which looks at he social audience of the IPL; how it compares to other major sporting competitions and what it’s market share says about the game’s future growth.

In addition to be being our in-house cricket expert, Sam is also Head of Commercial for Horizm and knows a thing or two about the digital opportunity across all sports and how rights holders, athletes and brands can benefit from accurate, real-time valuation and inventory management tools. If you’d like to pick his brains, you can book schedule a call here.